A Fresh Look at Bathroom Safety

53% of bath injuries involve people between the ages of 25 and 64. No matter who you are or what your situation is, improving safety in the bathroom should not be taken lightly or viewed as a joyless chore.

The Americans with Disabilities Act (ADA) ushered in a lot of changes to make things less hazardous in the bathroom and since then, clever designers have added pleasing forms to the functions. If you are contemplating a master bath makeover take a fresh look at grab bars and shower seats that are making us all a little bit safer while also adding function.

In addition to the ADA, changes in how we live as a society are also pushing improved bathroom design to the forefront. Remember when the notion of a mother-in-laws suite was a new concept? While retirement communities still appeal to many people, others are embracing multigenerational households - like the old days. Toni Sabatino is a certified Kitchen Designer (CKD), and the owner of Toni Sabatino Style, a design firm based in Long Island, New York. She says, “we don't like to call it aging in place anymore, we like to call it living in place." Sabatino and other experts point out that in households that can include seniors and youngsters, a few extra precautions in the bathroom helps keep everybody a bit safer. 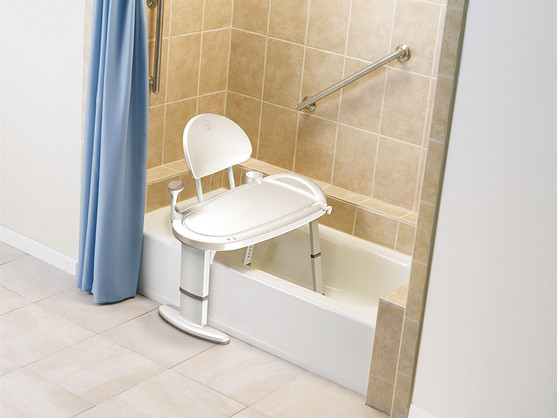 The precautions can begin with something as simple as a grab bar. Grab bars can be installed next to toilets, above bathtub faucets, on walls surrounding the bathtub or in the shower. Experts recommend a total of three grab bars per tub or shower as a rule of thumb. They can be installed vertically or horizontally. Ideally they should be mounted into wall studs that have been certified strong enough to handle grab bars. If studs aren't in the right places for the grab bars, they can also be installed using special fasteners designed to hide behind hollow walls and provide enough support. Take a look at Moen's “Securemount" anchors to see how they work.

Grab bars can appear as utilitarian devices but many are disguised to look more like towel bars. Sabatino says, “I don't feel the need to truly disguise them. To me the idea of a grab bar is to show you're smart and that you are not really looking to hide them." Moen offers functional and elegant grab bars that are available in a variety of finishes and styles to help you match them with your faucets and fixtures. Moen also carries grab bars with accessories including built-in shelves, attached towel bars, L-shaped grab bars, and grab bars that can be flipped into different positions. 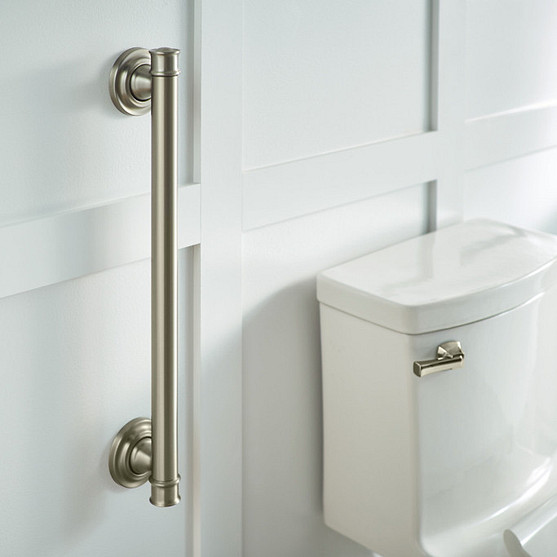 In addition to the grab bars, a seat in the shower is also worth considering. The notion of a shower seat has become associated with luxury bathrooms. “In the creation of the ideal master bath, there is a separate tub and a separate shower that has a seat, with a hand shower attachment by the seat," says Sabatino. The seat should be mounted about 18 inches off the floor—which is the standard chair height and located off to the side of the shower, not right under the spray.

Since a shower seat is going to get wet, Moen offers a fold-down model made from teak—a tropical hardwood that thrives in wet environments. Besides seats and grab bars, consider non-slip mats or strips for the bottom of the tub. Moen also offers safety options for the toilet area where at least one grab bar is recommended for raising and lowering. As you can see, safety in the bathroom is now more stylish and easy to achieve by adding in the right accessories. 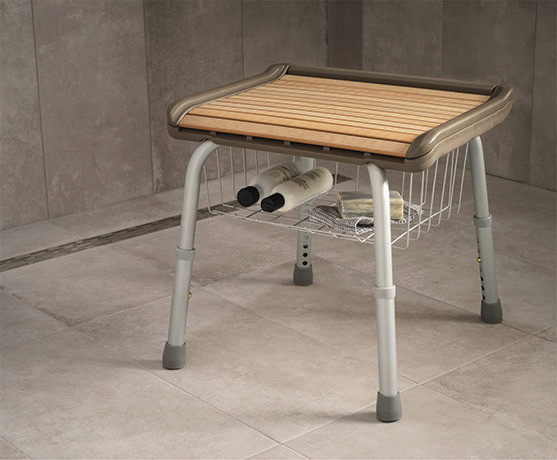 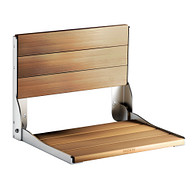 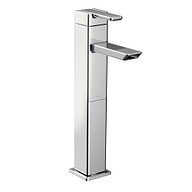 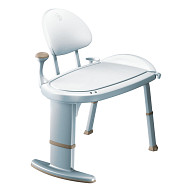 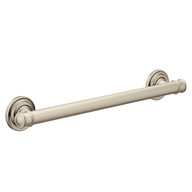 SEE ALL IN BATHROOM

Black in the Bath

Dark and dreary no more, black is coming to your home in a big, bold way. Black is once again sharp, sophisticated, and statement-making.

Replacing a faucet is a quick way to refresh the look of your kitchen or bathroom, but many people think it's too complicated to do themselves.

How to Create a Modern Bathroom in a Single Weekend

If you're a first-time homeowner, you might think that you're stuck with the bathroom you bought. All your money went into paying for the house, right?