Managing moisture is key to prevention

Strategies for a Mold-Free Bathroom

Mold doesn't grow just anywhere. Four conditions are necessary for it to thrive: a continuous water source, an environment with a neutral or slightly acidic pH, a temperature range of 40 to 100 degrees Fahrenheit, and a food source — as Andrew Acker, director of education for Schluter Systems, notes, "It's an organism that needs something to eat." Given these pre-conditions, bathrooms, not surprisingly, are particularly vulnerable. But much can be done to keep this fungus in check. 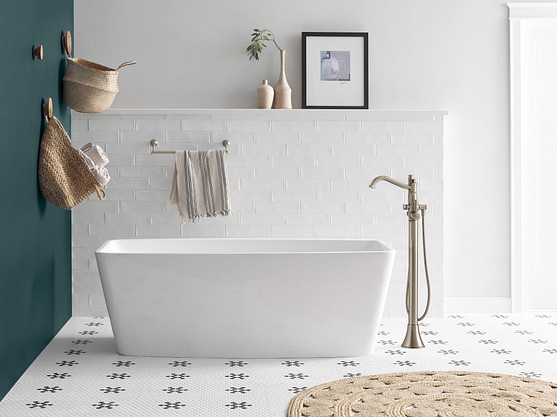 Some tile is impermeable to moisture, but grout is not. Consequently, showers — especially steam showers — should incorporate a vapor retarder to prevent the diffusion of water vapor through the wall, Acker says. Water vapor migrates from areas of high concentration to low concentration or from a warm, humid environment to one that's cooler. Once inside a wall cavity, it can condense and accumulate over time, creating problems like mold and, ultimately, rot and decay. This is more likely to occur in airtight homes, where a lack of natural infiltration prevents walls from drying out quickly.

Moreover, not all materials used to waterproof a shower will resist water vapor diffusion. Those that do have been tested against ASTM E96, Standard Test Methods for Water Vapor Transmission of Materials, and given a vapor permeance rating of less than 1 perm (the lower the number, the less permeable the material). According to Acker, cleavage membranes, used traditionally to uncouple the tile assembly from the substrate and aid in curing, can also function as vapor retarders. 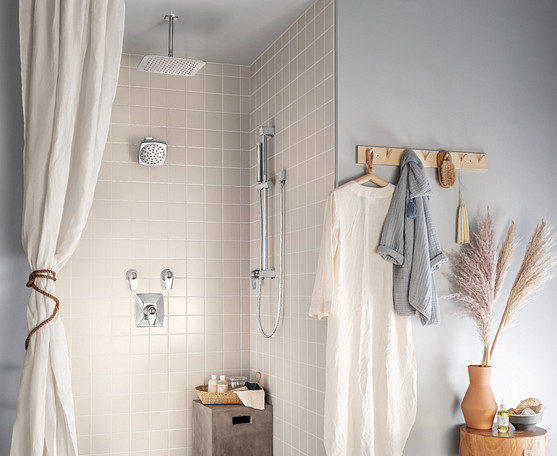 Showers present other vulnerabilities. Because water can migrate horizontally, Barry Fennell, principal at Wardell Builders, erects a barrier, such as a piece of L-metal or a waterproofing strip, along the outer edge of the shower walls to prevent water from wicking into the bathroom walls. He also suggests extending the waterproofing membrane or hot-mopping 24 to 36 inches beyond the shower stall to include the surrounding floor area, where "there's a lot of standing around and water dripping."

Tub areas can also be problematic. Seams must be properly sealed. Fennell seals the lip to the waterproofing membrane and caulks, rather than grouts, the joint where the tub meets the tiled wall. While grout will crack over time, he notes, caulk allows for movement and the ability to clean and recaulk when necessary. Tub decks are typically framed in wood and therefore must be waterproofed or constructed from moisture-resistant rigid foam panels. 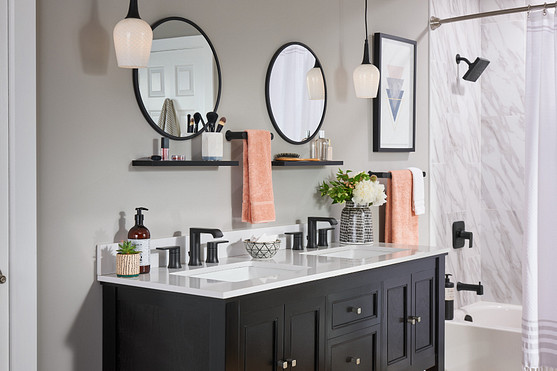 Leak points, whether they allow air or water through, should be sealed. This includes all penetrations in the floor, wall and ceiling. Toilets should be properly installed and caulked to the floor, and recessed lighting should be airtight. In the vanity area, countertops with integral sinks eliminate seams where water can infiltrate.

Of course, a bath fan that vents to the outdoors is critical. Under new building codes, having an operable window is no longer sufficient, Fennell says. If the bathroom is large or has a separate toilet room, it may require more than one fan. As a quieter alternative, Fennell installs one remote blower and ducts it to multiple registers, one of which is usually located right outside the shower. 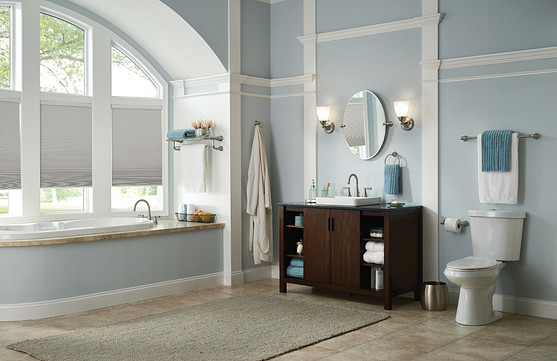 As open-plan bathrooms and barrier-free showers become more popular, managing moisture and waterproofing beyond traditional wet areas may be a good idea, Acker says. Using mold-resistant paperless drywall in bathrooms, as well as laundry rooms, is standard practice for Wardell Builders, Fennell notes, and may have originated as a response to these trends. Advances in materials, products and even thinking will no doubt yield new and exciting possibilities in keeping bathrooms mold-free. 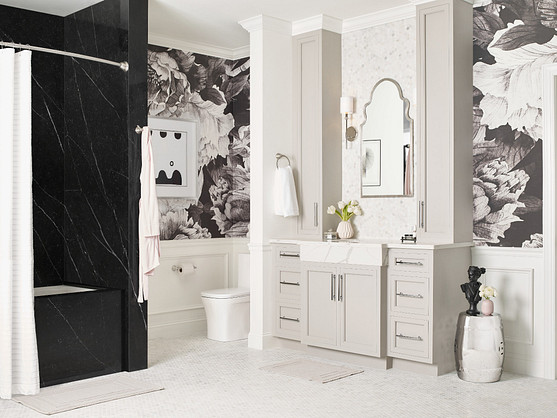 Interested in learning more about Moen Professional and Commercial products?

We can meet with you to understand your needs, guide you through product decisions, provide installation instruction and help you grow your business.  We are here to support you. Simply set up a meeting at your convenience.

Countertops for All Lifestyles

Given the variety of materials currently trending, understanding the functional qualities and cost of each will ensure a countertop that your client — regardless of age — will love.

A great mudroom can be much more than an entryway closet and some coat hooks. It can include anything the client wants, and even offer the chance to sell and install plumbing fixtures and features.

Electronic Faucets that Work Every Time

A malfunctioning sensor faucet can lead to a frustrating user experience. Moen's M-POWER sensor faucets are designed and rigorously tested to ensure users are never hung out to dry.